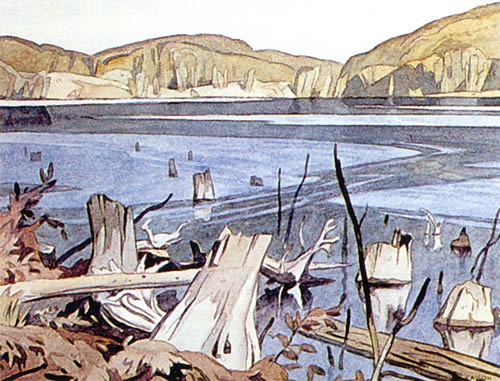 Baptiste Lake, by A. J. Casson (Group of Seven)

The Cost of Duplicating Services

Students have been on strike because of a small increase in tuition fees, which shows that someone is behind all this, Pauline Marois.  This I know and so do others.  She is the leader of the indépendantiste movement.  Further negotiations will take place, but a small raise in tuition fees is not central to what is happening and it does not justify releasing harmful fumes into the Montreal subway system.  Some students have been slightly injured.

I went to Pauline Marois‘s Facebook site.  One woman reported that she had seen policemen entering a subway station with dogs.  She used this as an example of police brutality.  To my knowledge, it is customary to use dogs to tell the origin of a fire, but in this case, they were sniffing to determine where the fumes were released.  This is normal police procedure.  Dogs are the experts in such cases.  I just hope the police is not pushed into brutal acts.

So, we will continue to examine the history of this country, but I also need to write posts about artists and thinkers who have left a permanent legacy.  The internet is a good tool for diffusing knowledge.

Updates on the three-month old strike are available if you click on the links.  The government is still negotiating with the students so figures keep changing.

Today, all I can do is post a beautiful picture, quote Pascal and report that the students are indeed being used by the indépendantistes. 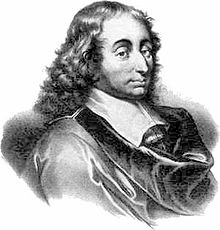 Civil War: “the greatest of evils”

In his Pensées, French mathematician, physicist, inventor, writer and Catholic philosopher Blaise Pascal (1623 – 1662), noted that we were mere reeds but thinking reeds (le roseau pensant), which gave us nobility.  Pascal also discussed society pointing out, especially, that humans were easily fooled by appearances and he stated that « Le plus grand des maux est les guerres civiles » or “Civil wars are the greatest of evils.”

Pascal, had witnessed the Fronde (1648 – 1653) which was a twofold revolt.  On the one hand, we had the people who wanted a parliament, la Fronde  parlementaire.  But, on the other hand, the highest of aristocrats: dukes and princes, hungered for power they were denied.  This was called la Fronde des princes (1651 – 1653).

At any rate, Pascal had seen social unrest and it had been a painful experience.

So yesterday, when I wrote disapprovingly about fumes being released into Montreal’s subway system,  I thought of Pascal and reflected that it would be lovely if people pursued a common purpose: creating a peaceful world where everyone would be treated with dignity.

According to a CTV news report, tuition fees would be increased by $325.00 a year over the next five years.  At the moment, in Quebec, full-time students pay $2,415.00 a year.  Five years from now, in 2017, they will pay $3,793.00 if the premier, Monsieur Jean Charest, succeeds in increasing university tuition fees which, even if he succeeds, would still be the lowest in Canada.  In Antigonish, Nova Scotia, at the university where I taught, StFX, tuition fees are currently $6,205.12 a year.  It would seem that indépendantiste leader Pauline Marois needs martyrs and that they are difficult to find.

So these are my three little vignettes for the day.

13 Track 13
Lieder ohne Worte, Mendelssohn, Barenboim (piano)
(please click on Track 13 to hear the music and on the picture to enlarge it)
©Micheline Walker
May 13, 2012
WordPress