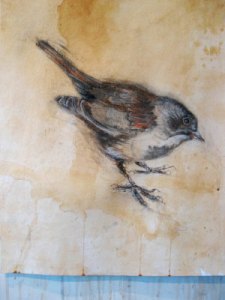 The Hedge Sparrow by Steffan Johnson

This morning I found a long list of comments most of which were identical except that they referred to a number of posts.  I deleted these comments, thirty-two, to be precise.  The person(s) who had written the comments was/were telling me that the comments I was receiving from other readers looked as though they came from brain-dead individuals.  Many of my readers are learning English.  There are errors and some contain “buzz” words , etc.

But, having taught French to persons who had a scanty knowledge of French, I learned to let them complete their sentences whenever possible.  If I had corrected them in mid-sentence, they may not have dared speak again, but I dealt with errors the next day, not attaching the mistake to one person.

Derogatory comments about comments written in imperfect English will be deleted permanently the moment they reach me.  As well, if a comment contains URLs, it will be either deleted or edited.

In short, I will not publish comments that are offensive to other readers.  My readers will be treated with the respect due every human being.