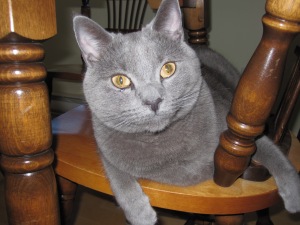 This is me, Belaud, her cat, sitting on a chair.  Today, she’s totally out of it.  I’m around being good, but that’s not enough for her.  So, I decided that a cat of my lineage could write down a few lines.  She’s such a poor speller that I can do much better. 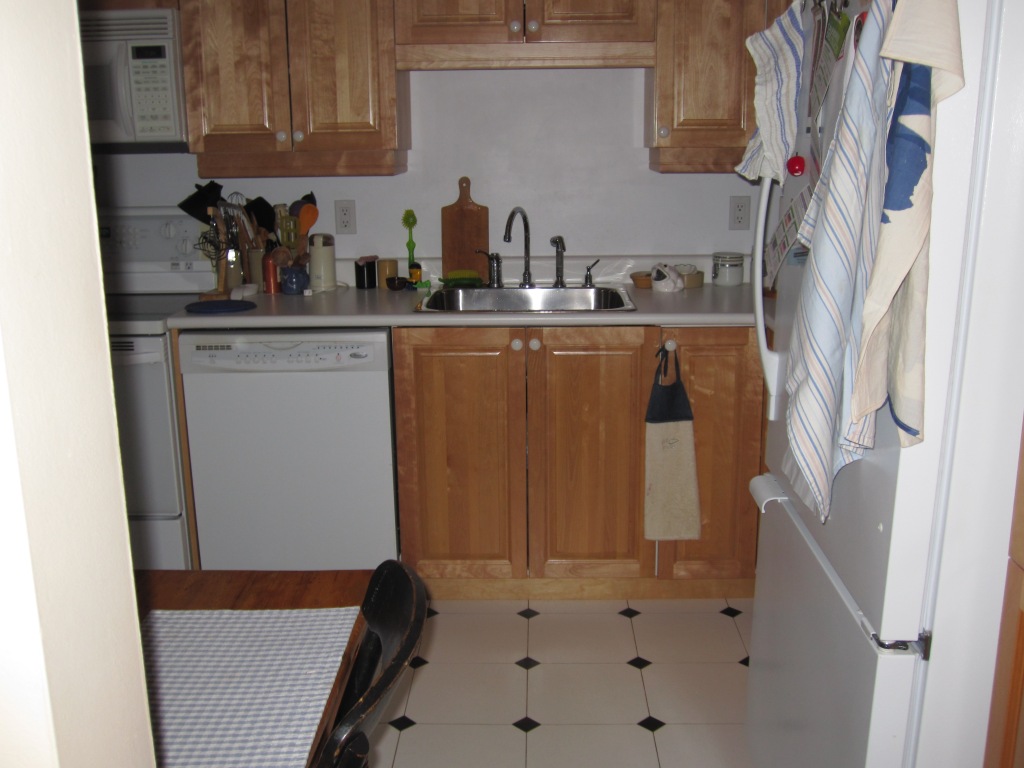 This is the entrance to the kitchen

Would you believe this woman insisted that the little diamonds on the floor be lined up with the middle of the sink’s area?  She likes things to be lined up properly.

Her studio & my bedroom

Here, below, we have her side of my room.  She does watercolours in this room. There’s no justice, I have to share my own room.  She has obligations!  I might have to phone my lawyer or contact the League of Cats. Yes there is a League of Cats. 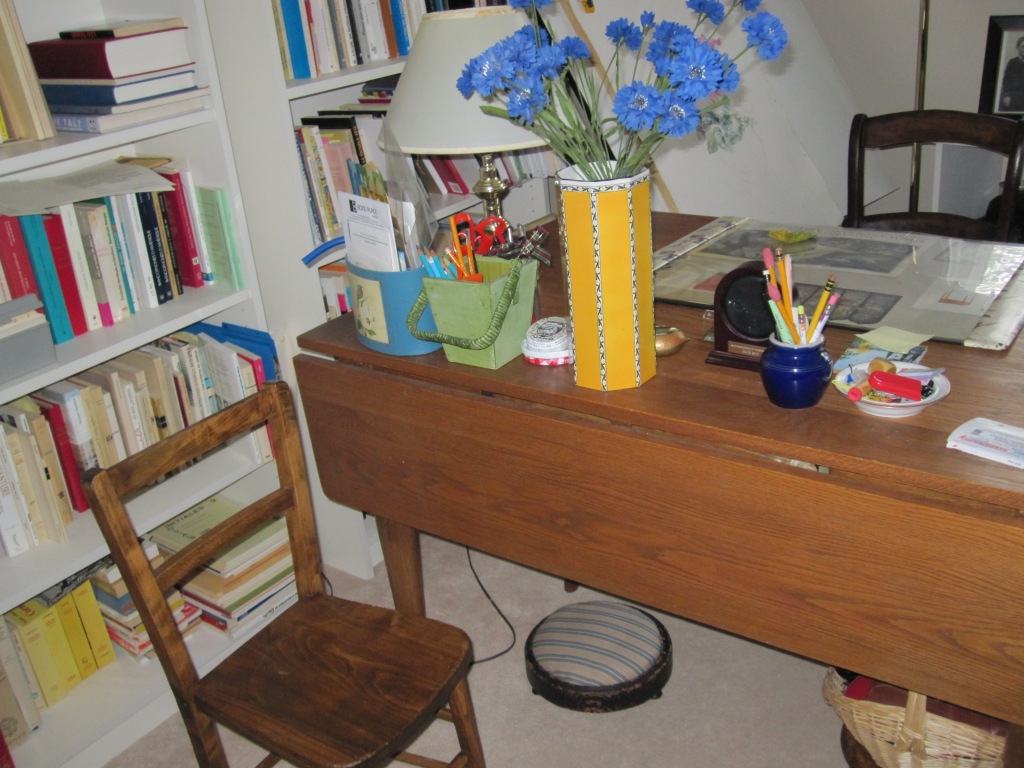 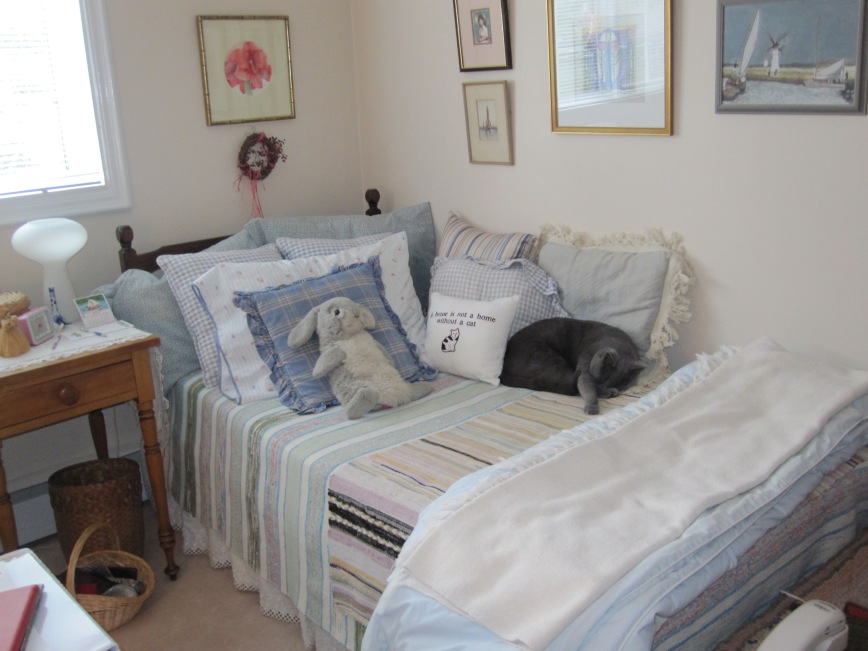 Here I am, resting.  Napping is very important.  Would you believe we have two French-Canadian catalognes.  The woven blankets are “catalognes.”  I showed her pictures of Carl Laarson’s house where there are “catalognes” used as carpeting. 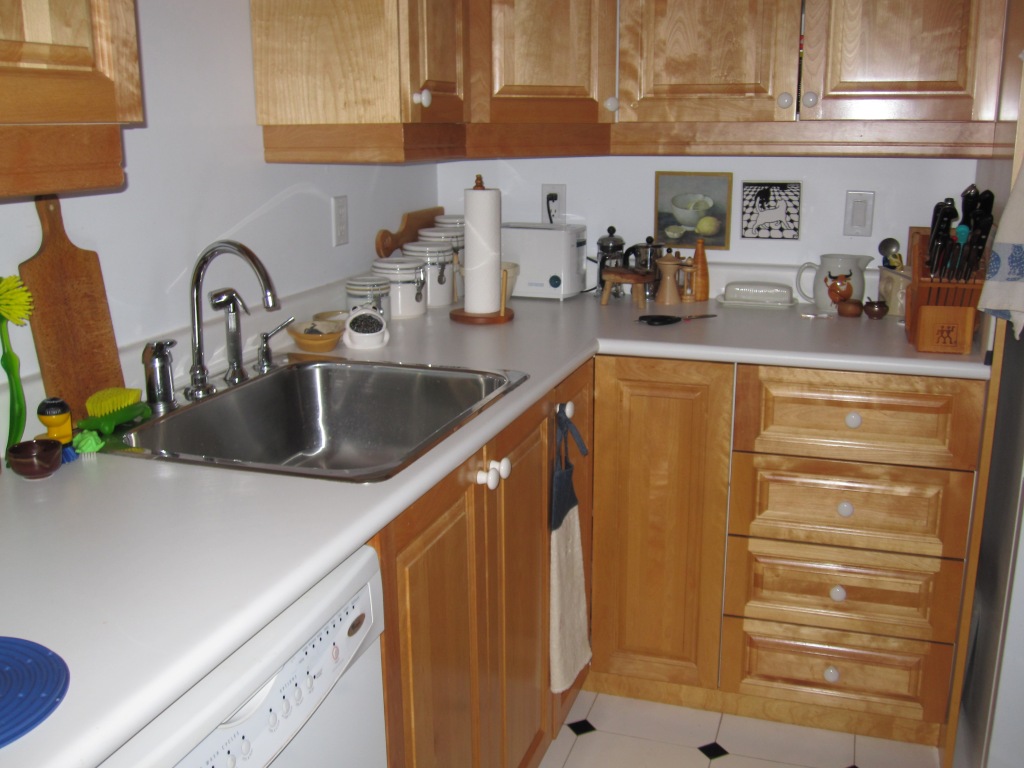 View of the kitchen from the dining-room

So there we are looking at the dining-room. There is no way we could sell this apartment without staging it. It’s cluttered. She’s turned an antique washstand into a small bar.  There is a lovely antique table in the kitchen, but I can’t show it. It’s beautiful but it’s cluttered.

Immediately below is a view of the dining-room. The bottles? She makes sure we look as though we had everything. It’s the same with bathroom towels. You never know, she says, someone could drop in.

Beyond the dining-room is her office.  She has left that big hand bag of hers in the middle of the place. I should also tell you that our blue armoire is about to move to a better place. This, she says, is where I want to put my grand-mother’s “love seat.” 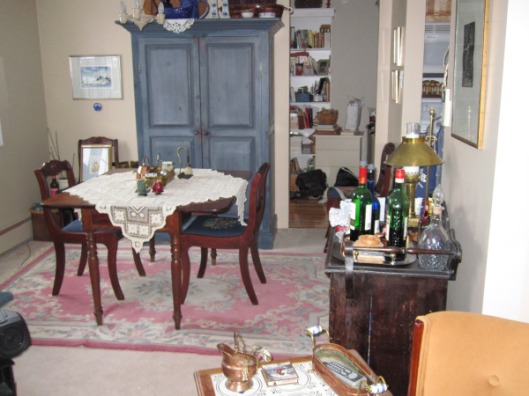 This is me again trying to get some water from the tap, but the tap does not drip.  That I should be subjected to such torture is totally unacceptable. She once lived in Normandy where she had a large sink. So we have one large sink. 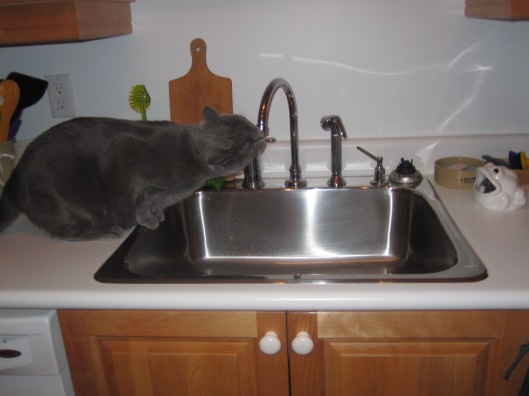 The living-room has just appeared. It’s huge, but she did not remove the throw from my LOUIS-PHILIPPE.  I am calling my lawyer. I should tell you that I object to our having a television in the living-room. It’s the wires. Fortunately, she has a friend who is an engineer and very tidy. He’s part Russian and part Ukrainian. 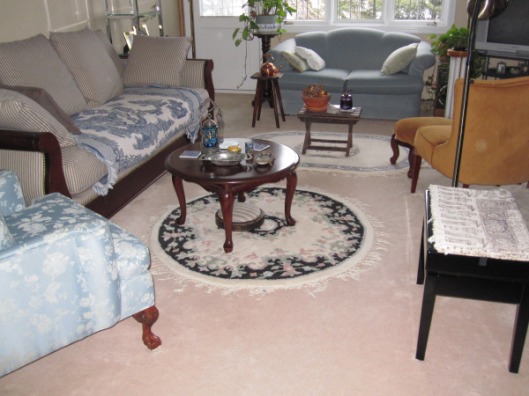 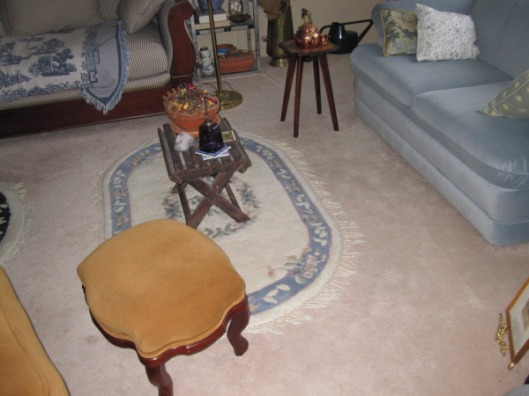 She did not photograph the master bedroom and its ensuite. Is she thinking of operating a Bed & Breakfast. I keep telling her to move to that room so mine would be entirely mine. 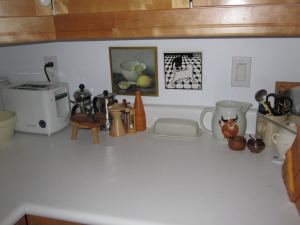