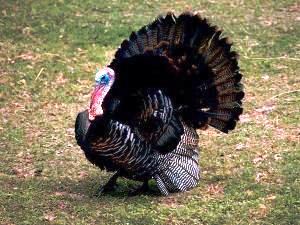 Mutiny in Congress:  ship them to Guantanamo!

Congress did not pass a bill that would have prevented an increase in taxes and, once again, I see the robotic naysayers, Tea Party and hardline Republicans, rearing their not-so-pretty head.

I have suggested in earlier blogs (see Obstructionism and Scapegoating) that these naughty Republicans are trying to find fault with President Obama, by fabricating “errors” he has made: the classic set-up.  They have nothing to pin on him, and this last “error” is proof of bad faith on their part.  At the last minute (it’s always at the last minute: debt-ceiling crisis, etc.), when members of Congress are preparing to go home for the holidays, the robotic naysayers object to what they would normally accept and, once again, those who will be burdened are the ordinary people.

This is systematic and abusive posturing.  It shows callousness and I hope sincerely that US taxpayers can see despite the smokescreens.  Members of Congress can oppose a bill, but when members of Congress do so systematically and contrary to what they would normally do, they have crossed the line.

Sorry, but President Obama should also be able to care for the Nation that has elected him into office, but he is facing systematic obstructionism and scapegoating.  As I wrote above, the naysayers in Congress will say no and are now saying no to what they would otherwise approve.  That shows that they are robots and that the only game in town is politicking.  The welfare of millions of Americans should not be irrelevant.

Therefore, I would suggest that President Obama take the bull by the horns, say: enough, basta, genug and ça suffit, and bring in public opinion to remove unconscionable Republicans from Congress.  President Obama would be dealing with an enemy within, but an enemy of the nation is an enemy of the nation.  When dissenters do not know how far they can go too far, let the President declare the American equivalent of Canada’s War Measures Act, now the Emergencies Act (1988) and say, “just watch me,” as did Canadian Prime Minister Pierre Elliot Trudeau, in October 1970: the October Crisis.

These naysayers are acting so irresponsibly that merely sending them to Camp Shelby, Mississippi,* might not suffice.  They should be sent to Guantanamo where they belong.  If the President can be impeached, it would seem that disorderly and dishonorable conduct on the part of members of Congress should also be impeachable.

Although tacit, the “good-father-to-the-nation” clause is constitutionally acceptable and imperative.  As we all know, there is  both the spirit and the letter of the law, and the spirit overrides the letter.  J.-J. Rousseau’s concept of “natural justice” (The Social Contract) would also support rebuttal on the part of the President and his administration.

Dear President Obama, you have no choice.  The nation should not act against itself during your presidency.  Get on the airways and pounce on the villains!

68 thoughts on “Mutiny in Congress: ship them to Guantanamo”