From time immemorial, seasons, or more precisely, darkness and light, have determined the days on which humankind placed its festivities, regardless of cultures and religions.  In fact, nature has always prevailed, bestowing unity upon diversity.  And it most certainly dictated the moments when festivities were held.

Humankind has always celebrated the longest night and the longest day.  In ancient Greece, comedies and satires were associated with the winter solstice:  Kômos, or Cômos, and Satyrs.  And in the Rome of antiquity, Saturnaliæ occurred on the day of the longest night.  On that day, the universe was upside down.  Therefore, in certain cultures, the master was suddenly slave.  In more ancient cultures, an old king was replaced and, at times, sacrificed, so a new king could be enthroned.  The old king was the pharmakos or scapegoat.

As for the longest day, for Christians, it is la Saint-Jean, St John’s Day, and various other feasts.

The Equinoxes, or equinoctial points

The day on which darkness and light are of more or less equal length (equi =equal), Judaism celebrates Passover and Christians, Easter.  Easter is the day of the resurrection of Christ.  Consequently, the night before Easter Sunday, a mass is celebrated during which the Church is momentarily in complete darkness and gradually lit a candle at a time.  In earlier times, a lamb was sacrificed:  the sacrificial lamb.

When Julius Caesar established his calendar in 45 BC, he fixed the Spring equinox on March 25th, but the Council of Nicea of 325 corrected that date.  In Western cultures, we use the Gregorian calendar (Gregory XIII, 1582) which is based on the determinations of the Council of Nicea.

As for the Autumnal equinox, it is the Judaic Rosh Hashanah.  In Christianity, the day is marked by la Saint-Michel, on September 29th or the now nearly-forgotten Michaelmas.  In the Roman Catholic Church, Michael is one of three archangels, the other two are Gabriel (March 24th) and Raphael (October 24th).  But Christianity also has its archangel of death, or Esdras, the “avenging angel,” or archangel of death, named Azrael in Hebrew culture.

In Islamic culture, the four archangels are Gabriel, Michael, Raphael and Azrael.  There are slight variations in the spelling of Azrael, variations that are consistent with national languages.  The Greek Orthodox Church honours the archangels on November 8th.

The solstices and the equinoxes do not occur on a fixed and permanent day.  However, nations have situated official feasts on fixed dates.

For the moment, my purpose is

In short, seasons and feasts correspond to natural phenomena, i. e. the degree of darkness and light.  All cultures have let the cycles of nature dictate the dates of their feasts and, as trivial as it may seem Calendars are a cultural monument.  They resemble Books of Hours and are, generally, illustrated or “illuminated.”

In other words, as humankind progressed through milennia, it amassed traditions we must never forget.  They shape our lives and inhabit the imagination of all human beings, climbing every mountain and crossing every border.

For information on ancient practices perpetuated through religious rituals, tales, and literature in general, one’s best source is Sir James George Frazer’s (1 January 1854, Glasgow – 7 May 1941, Cambridge) The Golden Bough, A Study in Magic and Religion, published between 1890 and 1915.  The Golden Bough is a Project Gutenberg‘s publication. 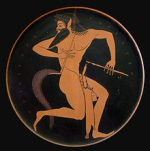