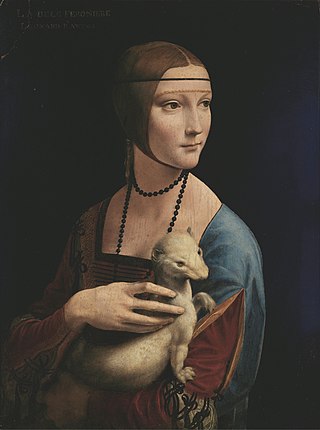 It is rather perturbing to think that, in Mississippi, all abortions might be considered illegal on the grounds that a child is a human being from, just about, the very second an egg is fertilized. It is also perturbing to think that, on the same basis, the law would make certain forms of birth-control illegal. It seems that our anti-tax extremists are also anti-abortion extremists, people who oppose “big government” while playing “big government.”

Let me create a case story. A fourteen-year old girl, born to an impoverished family, is raped and gets pregnant. Because life begins the moment an egg is fertilized, under this new legislation, she would have to carry and to give birth to the child of her rapist.

As I like to say on such thorny issues,

I can appreciate that taking a firm stand against abortion might get politicians a few more votes, but if that poor girl cannot obtain an abortion and, subsequently, when she is older, cannot use the form of birth control she, her husband, and her doctor think is best for her to use, we are facing callousness. Who would want to be elected into office using so narrow a view of abortion and birth control? And who would vote for such a person?

American medical doctors who perform abortions may be killed by a deranged anti-abortion extremist. Is the life of a medical doctor so unimportant that he or she should be killed?

Let us also look at the right to bear arms. Guns kill. If you fear an enemy is lurking, phone 9-1-1. Besides, there’s self-defense and self-defense. Don’t shoot the person who is at your door because you do not know that person. Again, life is sacred.

What baffles me is that anti-abortion extremists are frequently the persons who support the death-penalty and oppose social programs as well as any legislation that would curb pollution. If such people allow the execution of individuals who may be innocent, can they speak of respect for life. And if such people cut down entire forests and also let the planet melt, can they speak of respect for life. How can they be anti-abortion extremists?

I have also noticed that anti-abortion-extremists tend to trivialize the life of animals and cause the extinction of species: vegetation, fish, etc. For them, all is fair in the pursuit of money. That is Machiavellian.

In short, it would be my opinion that instead of contemplating passing tyrannical laws, we should provide young adults with an education that will allow them to act responsibly. There is more to an education than job-training. Make it possible for the young simply to think out everything. Chances are they will adopt values that will translate into a better world, a world where abortions are performed on the basis of medical issues, and where mothers and fathers spend more time looking after their little ones. There are several medical requirements that fully legitimize an abortion.

An illustration from a Syrian edition dated 1354. The rabbit fools the elephant king by showing him the reflection of the moon.

When he published his Caractères (1688), portraits, seventeenth-century French author, Jean de La Bruyère (16 August 1645 – 10 May 1696) was using Theophrastus (371 – c. 287 BCE) as his main source. He noted that the Athenians (Theophrastus) depicted life two thousand years ago, but we would admire seeing ourselves.

The link, in this regard, is human nature.  We invent new technologies, but human nature does not change, except that there is variety among human beings.  There is constant newness in texts as old as Nivardus of Ghent’s Ysengrimus, a literary masterpiece and the birthplace of Reynard the Fox, and newness in stories told in the Pañchatantra and retold in Abdullah Ibn al-Muqaffa’s Tales of Kalila wa Dimna.

We know that La Fontaine drew content for the second volume his Fables (1678) in a seventeenth-century book, Le Livre des lumières (1644), a translation of stories or fables told by a Dr Pilpay, the sage featured in the Pañchatrantra and in Kalila wa Dimna.  This translation may well find its origins in Kashefi’s fifteenth-century Persian Lights of Canopus.

From the ancient texts, also stem parables, proverbs, exempla (plural for exemplum), Buddhist Jātaka Tales, etc.  In fact, in the Preface to the first volume of his Fables (1668), La Fontaine wrote that Christ spoke in “parables.” Parables do indeed resemble and fables.  These I will not discuss.

Animals inhabit fables and beast epics, but they may also inhabit Bestiaries,
medieval and modern Bestiaries. Medieval Bestiaries belong, at times, to the
courtly love tradition. I believe that Richard de Fournival’s (1201- ?1260) Bestiaire d’amour is our finest example. In the anthropomorphic and allegorical Bestiaire d’amour women are looked upon as objects of worship.

But Bestiaries they may also be moralistic: ‘to improve the minds of ordinary people, in such a way that the soul will at least perceive physically things which it has difficulty grasping mentally: that what they have difficulty comprehending with their ears, they will perceive with their eyes’ (Aberdeen MS 24, f25v). The Aberdeen Bestiary is a  twelfth-century illuminated (illustrated) manuscript.