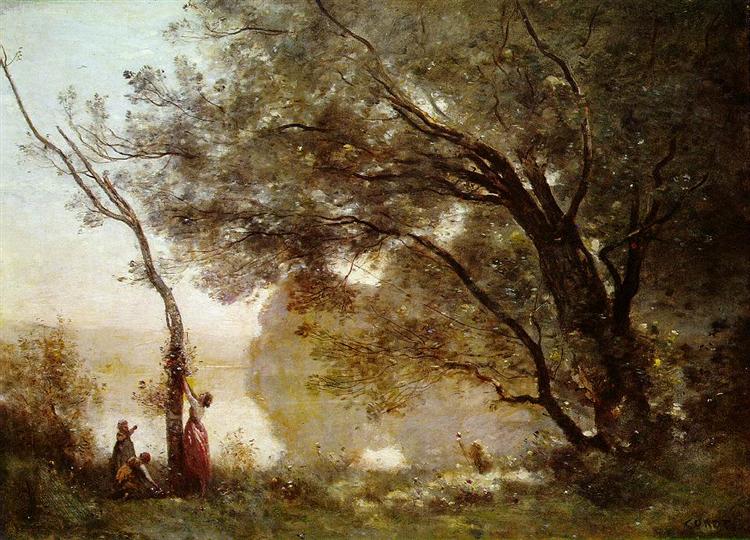 I received a copy of Lynn’s last post.  It arrived as my last post was leaving, which is a happy coincidence.

My mother used to make all of her activities a pleasure.  This left an imprint on me.  However, she did not teach me that I had to say no to impossible requests.  She taught obedience, as did most mothers at that time.

This has had serious repercussions.  For instance, during a sabbatical I was devoting to finishing a book, I was asked to prepare a course on a subject I was not familiar with and, fearing reprimands, I accepted an impossible request.

I have suffered from Chronic Fatigue Syndrome for several decades, but have learned to manage this condition.  However, I cannot carry a mammoth workload and too much stress can trigger an episode of CFS.

Although I cannot give details concerning my story, I believe I can say with  considerable certainty that I was overworked out of my position and that, afterwards, it became difficult to find happiness in small events.

Yet I agree with you that happiness is in the details.

For instance, writing for WordPress is pleasurable as is studying music, or producing watercolour paintings.  So, given that I derive happiness from these activities, I look upon them as important.

Besides, I enjoy beautiful interiors, so I have made my apartment a truly lovely space.  I also listen to beautiful music while I write or paint.  Moreover, I have never stopped trying to be a comforting presence for others.  Finally, I give myself projects.

However, before I go back to my current project, allow me to send you a picture that has always given me great pleasure.  It is by Camille Corot (1796–1875).  In my life, Corot has always been extremely important.

I thank you for your post.  That was also important.

The moral of “The Fox and Goat” is the well-known “Look before you leap.”  “The Fox and the Goat” is an Æsopic fable, but La Fontaine has rearranged Æsop.

In La Fontaine’s “Le Renard et le Bouc,” (Volume One, Book III.5 [1668]), a fox and a goat are both very thirsty. Fortunately, they just happen to walk by a well. Both jump into the well to quench their thirst. The cunning fox then remarks that he, le renard, and the goat, le bouc, must now get out of the well. The fox is beast literature’s master trickster. So he asks the goat to stand on his hind legs against the wall of the well so he, the fox, can use the goat’s shoulders as a ladder. The fox reassures the goat by saying that once he is out of the well; he will pull the goat out. However, being a trickster, as he walks away, telling the goat that he should never have gone down the well in the first place.

As I mentioned above, when La Fontaine wrote this fable, he was retelling Æsop. But it could be that, by that time, he had already read G. Gaulmin’s 1644 translation of Pilpay’s Livre des lumières ou la conduite des roys or The Book of Lights and the Conduct of Kings). This Pilpay is the same sage as the Dr Bidpai of The Tales of Kalīlah wa Dimnah, the Arabic rendition of the Sanskrit Pañcatantra, by Ibn al-Muqaffa’. (See Panchatantra, Wikipedia – the free encyclopedia.)

In order to trace the influence of Pilpay, we need simply compare the morals. The moral of La Fontaine’s fable is more complex than the Æsopic “Look before you leap.”  La Fontaine writes that “In all matters (or in everything), one must consider the end,” or “En toute chose il faut considérer la fin.”

La Fontaine’s moral can be understood by a child, but Pilpay’s Livre des lumières is about the “Conduct of Kings,” or leaders and the wording of the moral would be best understood by a King, or leader, or an adult.  Ideally, all leaders should think of the consequences of their actions, as all of us should. One has to be prepared.

We must indeed think of the consequences of our actions. But allow me to reflect that we can be caught off-guard.  9/11 caught everyone off-guard. So did the assassination of John F. Kennedy. Moreover, there are accidents.

Similarly, the memory of unfortunate events we have tried to forget may suddenly resurface. So, how does one prepare for the unexpected or the unthinkable?  Here, no worst-case scenario will be of any help.

Yes, we can look before we leap, but I believe we cannot prepare for the unthinkable. In fact, it may be best not to prepare for the very worst as it may spoil the moment. And the moment could well be all we have.

However, for the time being, let’s go and rescue our silly goat.  By now, the poor fellow is probably very hungry and in need of a little attention.